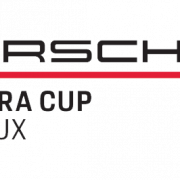 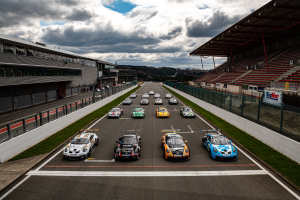 The first race of a new season is always something special. It’s the end of the winter break that always seems too long, but also the culmination of weeks of preparation completed by the teams, drivers and promoter. And in the Porsche Carrera Cup Benelux, an important premiere will give the start of the 2021 season some extra spice. After all, as the support race of the 6 Hours of Spa FIA WEC, the fastest single-make cup in the Benelux this weekend is writing history: at the same time as the German championship, this will be the first European race for the Porsche 911 GT3 Cup Type 992.

The long-awaited newcomer has already caused quite some attention with its spectacular looks. The performance can also safely be called exciting. During the official test days on April 15-16, Dylan Pereira completed the seven kilometers of the Ardennes circuit in 2’18’872. At that time, the Luxembourger, vice champion of the Porsche Mobil1 Supercup, was barely slower than the pole position of the 24 Hours of Spa 2019!

With its four-liter power unit, which now produces 510 hp, the new Porsche 911 GT3 Cup is, therefore, the most powerful GT3 Cup version the German brand has ever produced. This guarantees more driving pleasure and hopefully also even more spectacular races.

With twenty riders at the start, the first starting grid of this new era looks immediately impressive. In addition, the battles on the track promise to be fought on the cutting edge in each of the three categories.

In Pro, one can talk about a race between two generations. On one side: former champions Xavier Maassen (on the # 9 of #TeamPGZ by Red Ant Racing) and Dylan Derdaele (loyal to his # 99 of Belgium Racing’s own team). However, the test days confirmed what was already expected: a few young wolves on the other side could make it very difficult for the two ex-laureates of the Benelux Cup. After winning the Porsche Sprint Trophy Benelux in the Porsche 718 Cayman GT4 class, Thierry Vermeulen (# 69 Team GP Elite) is now aiming higher. This also applies to teammate Steven van Rhee (# 72) and Huub van Eijndhoven (# 10 #TeamPGZ by JW Raceservice). However, the guys will also keep an eye on the comeback of Glenn Van Parijs. On the # 15 of NGT Racing, the ex-Belgian karting champion wants to give his career a new push, after having gained extra experience in Germany in recent seasons. Ghislain Cordeel (# 2 Team GP Elite) can also be talking about a comeback, four years after his last season in the Formula Renault Eurocup. And then there are two drivers who have a lot of experience in the single-seater: the young German Sebastien Freymuth comes from the Italian F4 and is one of the two spearheads of PG Motorsport, together with his fellow countryman Felix Neuhofer, who was part of last year’s Porsche Carrera Cup Germany grid.

Everything seems possible in the Pro-Am class as well. The Belgians Nicolas Saelens (# 97 Belgium Racing), Nicolas Vandierendonck (# 51 Q1 Trackracing by EMG Motorsport), Filip Teunkens (# 55 Q1 Trackracing by EMG Motorsport) and John De Wilde (# 21 Speedlover) are allowed to complete a home race. However, the question is whether that will be enough to face the representatives of Team GP Elite, Ziad Geris (# 3) and Floris Dullaart (# 4). With the # 22 of the Luxembourg DUWO Racing, Andrey Mukovoz also wants to join the battle for the places of honor.

The Am class should certainly not be forgotten. As a newcomer in the Porsche Carrera Cup Benelux, Jan Lauryssen (# 54 Q1 Trackracing by EMG Motorsport) surprised everyone with his fast times during the official test days. Yet it is still a bit early to make him a big favorite. Luc Vanderfeesten (# 11 #TeamPGZ by Red Ant Racing) and Jeroen Kreeft (# 917 Parker Revs Motorsport) are eager to fight as well. 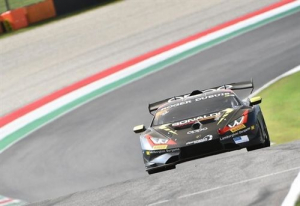 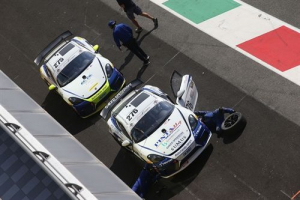 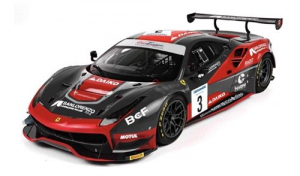 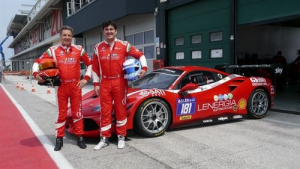 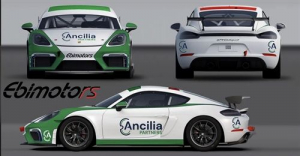