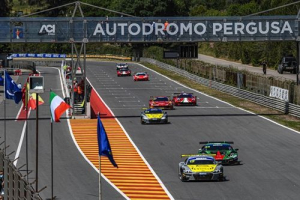 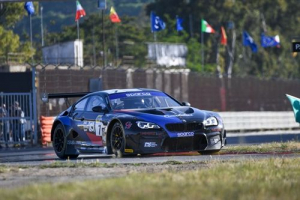 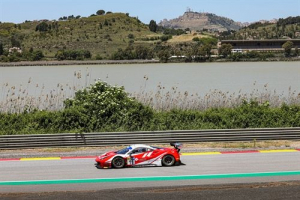 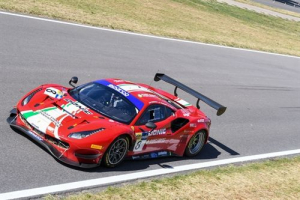 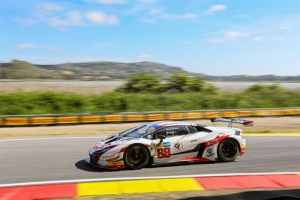 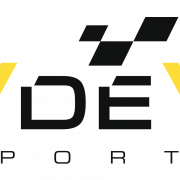 THE VHCS RETURN TO THE TRACK!
JEAN-CLAUDE ANDRUET AND HENRI LECONTE
ON THE PODIUM

Last weekend 26 crews and 65 drivers took part in the first endurance event of the 2021 season reserved for historic racing cars on the Nevers Magny-Cours circuit. Despite changeable weather conditions with clear skies interspersed with showers, which caused track conditions that were in perpetual evolution, everybody was delighted to be there. After the never-ending winter break, the many cancellations and postponements caused by the Covid-19 pandemic at last they could again don their driver suits, helmets and gloves and get back behind the wheel of their favourite cars for a long-distance race.

After the two one-hour free practices followed by a one-hour qualifying session, the drivers roared off on Sunday at 12:40 for six hours racing on the very selective 4,411-km Nevers layout. But as the early afternoon was marked by heavy rain the organisers took the wise decision to unleash the field with a flying start after five laps behind the safety car. The 6-hour race had no fewer than 10 different leaders as well as a few safety car deployments. The longest neutralisation lasted almost 28 minutes and was caused by a downpour. Others caused by race incidents were much shorter.

The field bunched up at
the start in the rain.

Overall victory and 1st place in GT went to the Porsche 964 driven by Libens/Gemperle/De Siebenthal.

In the Touring car category the Chateaux family clinched first place in their BMW 635 CSI.

The Porsche 911 3.0 SC in the hands of Alfano-Seigneurin-Tandel-Alfano, which set pole position, was halted by an oil leak after one hour’s racing and had a long pit stop for repairs. Thanks to the help of the team running the Porsche 930 Turbo driven by De Murard-Poggioli-Hofman, the German GT taking part in its first race was able to rejoin and saw the chequered flag in 15th place overall and 5th in GT.

Other teams ran into reliability problems that are often part and parcel of the first race of the season. Among them was the Ford Mustang driven by Dutch crew Jansen-Meeuwissen, which suffered an overheated engine in free practice. The team drove to the Netherlands and back during the night and returned with an identical Mustang to enable them to take part in the remainder of the weekend at Magny-Cours. Their efforts were crowned with success as the American car lasted the full six hours and finished third in the touring category. This, though, wasn’t the case for the team’s sister car that had to retire after just eight laps.

This category was also the theatre of another exploit seen by everybody present. After 3h 41m racing the Piquet-Cassina Mini Morris 1275 GT ground to a halt at the Château d’Eau corner after running out of petrol! Its driver climbed out of the car, pushed it onto the safety lane and after several minutes’ effort got it back to the pit lane where the car was filled up: it crossed the finishing line in 4th place in its category!

The Beltramelli family also shone by finishing on the second step of the podium in the touring car category.

This Mustang from the Netherlands scored a well-deserved third place finish in the touring car category.

The Chateaux family’s BMW 635 CSI emerged victorious in the touring car category helped by a brilliant final stint by Mr. Chateaux himself! Another family lineup, Mr. Beltramelli and his son, clinched second place with their Ford Escort Mk1 followed home by the Team Mustang Holland already mentioned above.

ANDRUET AND LECONTE ON THE PODIUM

Overall victory plus first place in the GT category went to the Swiss-Belgian team of Libens-Gemperle-De Siebenthal in the Porsche 964 RS run by the Circuit de Dakar/Mansfeld team, which covered a total of 146 laps (644 kilometres) after six hours racing. It was followed by two more Porsches, the 944 S2 driven by former rally champion Jean-Claude Andruet associated with Noret-Hardonnière-Cantiello and the Pelletier-Peyrat 964 RS.

Battle for first place in the Saloon Cars category almost went down to the wire. Finally, the former French tennis player, once ranked fifth in the world, winner of the Davis Cup, and Roland Garros singles finalist, Henri Leconte, came out on top in the TVR Griffith 200 entered by the V de V team, which he shared with Mothe/Meynard. Into second and third came the Baumard-Pargamin/Wassermann BMW 323i that ran out of petrol in the closing minutes of the race and the Porsche 911 3.0 SC in the hands of Noret-Colibet-Sauger.

The Chateaux Sport Auto team clinched their second win of the day in sports prototypes with the Grac MT-14B 1780 driven by Zimmer/De Ferran. Into second came the Caterham 1600 Sprint driven by Huez/Allart.

Jean-Claude Andruet at the wheel of the Porsche 944S2 classified second in the GT category.

The Marcos Mantis entered by Daventure Racing added a touch of variety to the field.

The Daventure Racing and Le Duiguou Racing teams deserve a special mention for their sterling work as despite several interventions on their respective cars – the Jaboulet-Vercherre-Bachelier-Colin Marcos Mantis and the Porsche 964 crewed by Pellerzi-Gadal-Prevel-Ruaud – both managed to make it to the chequered flag in the first endurance race of the season.

Whether victorious or less fortunate all the competitors in the 6 Hours of Magny-Cours left the Nièvre with the satisfaction of having been able to enjoy the pleasures of driving once again. The event also gave everybody an opportunity to prepare for the 2 Tours d’Horloge that will take place on 5-6-7 November on the Paul Ricard circuit, which will have hosted the French Formula 1 Grand Prix a few months earlier.

Note that victory in the Saloon Cars Trophy, whose entrants took to the track for an hour’s racing, went to Julien Grenet at the wheel of the Team 4 Racing Dodge Viper. 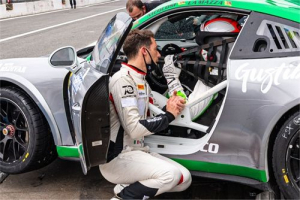 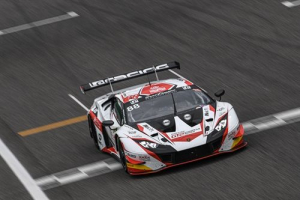 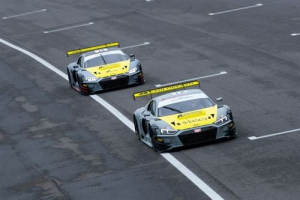 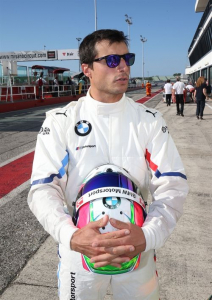